She was wearing her nightclothes. Well, if an oversized bright green t-shirt and red boxers could it could be called that. A huge smiley face stared up at her from the t-shirt. She could barely make out the embroidered writing coiled around the smiley.

“Turn that frown upside down”.

She blinked. It seemed almost a cruel trick with how she’d been feeling lately. She looked up to inspect the room she was in. It was tiny. She was laying on what seemed to be a step up from a hospital gurney- not quite a full hospital bed. A couple monitors sat behind her. To her right was a tall narrow table.

Was she in a hospital? She racked her memory but couldn’t find anything. The last thing she remembered was….

She shuddered. The last thing she remembered was that she had to make the pain go away. She just wanted to sleep. And not wake up to her arch-nemesis: Life.

How did she end up here? She lived alone. It didn’t make sense.

“Hi there.” said a calm voice. She looked at the doorway to see a woman in scrubs- she assumed a nurse- standing with a bundle in her arms. “We’re going to need you to put this gown on and put your clothes into this plastic bag.”

Kit squeezed her eyes again. Her head felt sluggish and stuffed with cotton. She forced it to process.

“You can leave your underwear on. Not your bra though sweetie.” She set the bundle down.

Kit blushed. She could tell she wasn’t wearing one anyway. But that wasn’t unusual. She didn’t wear them to bed.

“I’ll be back in a couple minutes after you’ve finished changing.” She closed the door behind her with a loud click.

Kit quickly discovered the sluggish feeling extended to her body too as she tried to maneuver to get her shirt off and put the gown on. It took her a couple tries to manage it.

Was she drunk? She didn’t think so. After the mess two weeks ago she had decided to not touch liquor for awhile.

Sleep sounded good right now. She put her shirt in the bag and then dragged herself back onto the gurney-bed and curled up into a tiny ball. Just sleep.

“Miss?” said a voice as someone touched her shoulder firmly. “Wake up.”

She jumped up suddenly and for a flash, someone else surfaced, hands curling into fists. The nurse pulled back, startled. “It’s okay sweetie, you’re in the hospital. Do you remember how you got here?” She held a clipboard and pen poised to write. Kit took a breath and steadied herself, staring blankly at the nurse.

“Got here…?” She paused, looking around. As if something in here would jog her memory. “I remember I was so tired. I just wanted to sleep. I haven’t been able to sleep for days.” She intoned. Lines from a well-rehearsed play. The nurse tilted her head and pursed her lips. She didn’t seem to be buying it.

“Have you been sad lately?”

“What about…feeling like you don’t really want to do anything?”

She hesitated at that one. The nurse read the expression and continued, “Perhaps you just like to stay around your house not doing much?”

“I don’t have….much of a social life.” Kit replied, a bit defensively.

“Why’s that?” The nurse asked.

“Things…changed. I…broke up recently with someone. I lost my job. And my house is being foreclosed on. It’s been hard.” She sighed and drew her knees up to her chest. “And now I can’t sleep.”

“I see. Did you take some pills tonight? To help you sleep?” She prodded gently. Kit reached up and pushed back some of the thick honey-red mane that was falling into her eyes.

“Yeah.” She admitted. Somehow the mask didn’t work here. She was finding it hard to lie. Was it the location or her sleepiness? The pills?

“Do you know how many? And what kind?”

“I think they were Tylenol PM. Maybe some phenergen.  I don’t know how many. I just poured a bunch into my palm…” She held up her palm to her face and inspected it as if to figure out the amount it could be. “Maybe ten?”

“Okay.” The nurse said, writing something on the clipboard.

“How did I get here?” Kit asked. The nurse smiled lightly.

“A nice police officer brought you in.” She murmured, writing some more information down.  Kit wondered who contacted the police.  She felt a tingle in the recesses of her mind.  A snarky remark about ‘rescuing her from her own stupidity’. But the voice was quickly silenced by the pile of cotton filling her head.

“No one knows I’m here…” she whispered pitifully. The nurse didn’t reply, writing more on her clipboard.

Soon, the worse night of Kit’s life started to draw to a close.

This was after she’d been told to drink three glasses of charcoal. She vomited up two glasses. They told her if she couldn’t keep the third down, they’d have to pump her stomach. That started another sluggish flurry of activity in her head.

She snuck past the nurses’ station to the bathroom poured it down the toilet.  Then sweetly told the nurses she’d drank it.

There were endless questions.

Where she was living? A slum neighborhood.
“Old house on Kurtz.”

Who she was living with? Just the voices.
“No one.”

Had she’d seen the doctor recently for how she’d been feeling? Of course not. Doctors are the followers of Satan.
“No…”

Did she hear voices? That was a tough one. But admitting to it usually led to more doctors…
“No.”

She was left alone for over an hour. She lay curled, drifting in and out of a hellish nightmare of her life the past couple weeks. When she woke up, she realized she was still in the nightmare.

A nurse came with a wheel chair.

Kit stared at it. There was nothing wrong with her legs.

“We’re going to take you upstairs and admit you to the psych ward. You’re going to stay there for a little while.”

“I want to go home…” Kit murmured.  Distantly, others started wailing in fear of staying further in the hospital.  The pills still preventing Kit from entirely hearing.

“Well, we can’t let you go until we know the drugs haven’t hurt you, and we need to keep you up there for now. Okay?” She motioned to the wheelchair. Kit blinked owlishly at it.

“There’s nothing wrong with my legs.”

It was a short trip upstairs. Kit felt another wave of exhaustion as the drugs took hold of her again. She fought to keep her eyelids raised.

They stopped at a set of metal double doors. She felt something being put into her hands and looked up to see the nurse pushing a clipboard into her hands.

“What is it?” Kit asked. The nurse smiled. It was snake-like and familiar. Kit tried not to physically recoil, even as she mentally scuttled back.

“Just an agreement. It’s for your own protection.” She appeased. It seemed reasonable.  And yet…Kit fought to put a skeptical look onto her face. It was hard.  The voices caterwauled in protest.  Kit put a hand to her head, feeling the beginnings of a migraine.

“You can leave as soon as we see the drugs have worked safely through your system.” The nurse compromised. Kit saw the lie, as usual (when advised by the voices). And as usual, she let it wash over her and picked up the offered pen. Signed her name above the bold block line.

She was wheeled behind the double doors.

4 thoughts on “That Night – another Claire scribble” 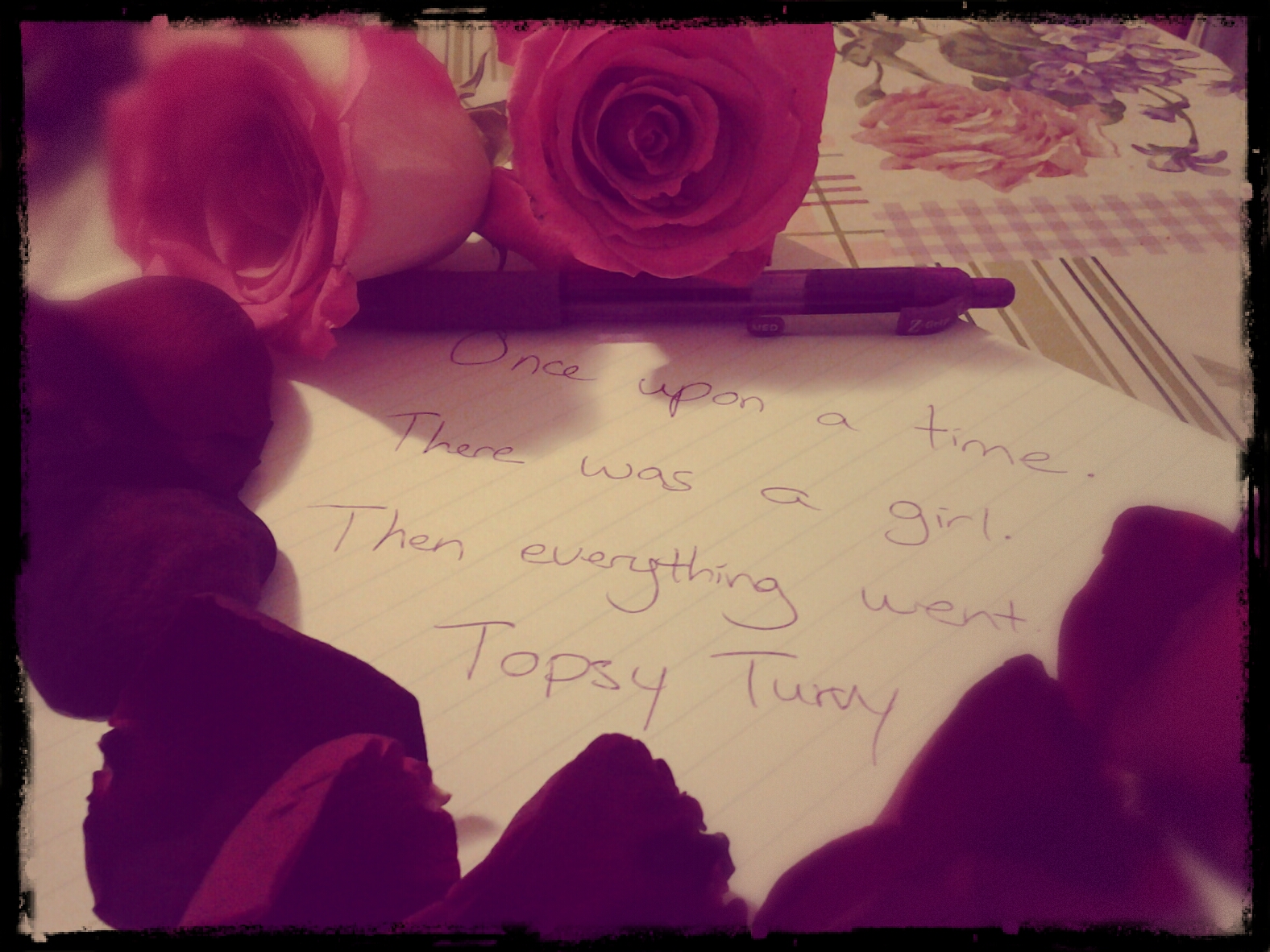 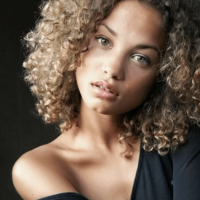